Hospitality suppliers: 'It’s not just a case of turning on a switch'

Hospitality suppliers: 'It’s not just a case of turning on a switch'

The large round cakes that Mademoiselle Desserts makes are sold on to wholesalers and mostly end up sliced and eaten in coffee shops, restaurants and garden centre cafes - but production is on hold due to lockdown restrictions.

Its three UK sites are running at about 10-15% of pre-pandemic activity, with many staff furloughed.

Its UK Managing Director Nigel Taylor is keenly awaiting Prime Minister Boris Johnson's announcement on Monday, when he is expected to set out the earliest possible dates for when some sectors, including hospitality, might reopen in England.

For Mr Taylor, getting enough notice ahead of a definite restart for hospitality is crucial.

"The people side of things is relatively quick because we just pull them back off furlough and everyone's primed to go, they've got experience of coming back in a short period of time," he says. 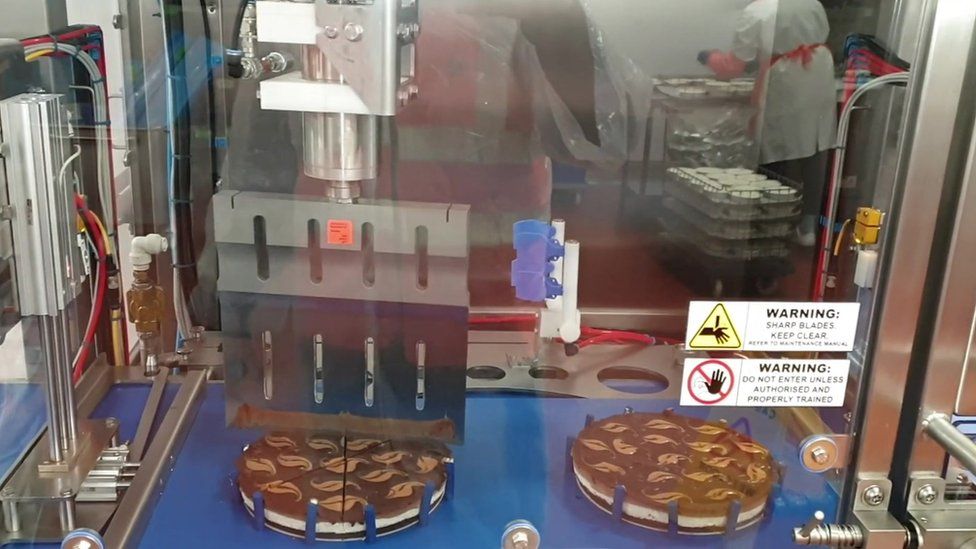 The ingredients is the thing that will delay us. Most of them are UK, there are number of ingredients we do get from abroad."

Some types of chocolate, he says, have a four-week lead time. Cream cheese, a key ingredient for Mademoiselle Desserts, takes three weeks.

Basics like flour and eggs might only take a week or 10 days to get hold of. But after some challenging moments over the past year, Mr Taylor wants certainty before he restocks, to avoid food going to waste.

"When things get switched on and switched off quickly, with eggs in particular it's an ingredient that will go out of date." 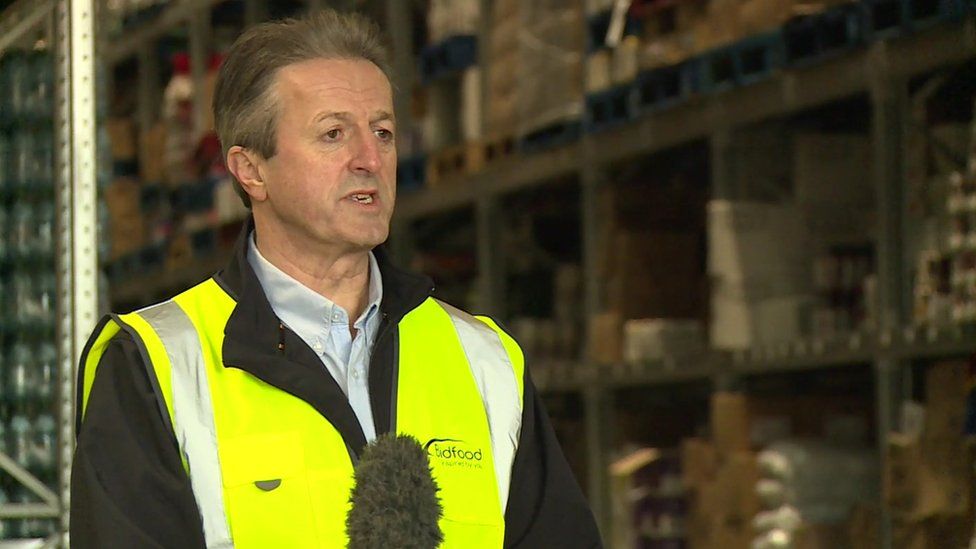 One step up the supply chain, the wholesaler Bidfood is also hoping for clarity around the next steps for its hospitality clients.

Care homes and other public sector customers still need deliveries, but with pubs and restaurants mostly closed, activity at its Slough warehouse is currently at just one-third of capacity. Nearly half of its staff are furloughed.

Wetherspoons calls for pubs to reopen 'to save jobs'

Run Eat Out to Help Out again, says takeaway giant

Its chief executive Andrew Selley says the past year has been very disconcerting from a business planning point of view.

"It's not just a case of turning on a switch and providing the product. The customers have to plan what menus they want to offer and they have to tell us what volumes they're expecting, based on what the government is saying the regulations are going to be.

He says £70m of stock is available ready to go for the firm's 40,000 customers, but that isn't enough to provide everything they might want quickly.

"A menu is made up of a variety of items that includes frozen foods, long-life ambient foods, but also fresh produce, fresh meat, fresh fish... All of those things take a bit more time to get into the supply chain, especially now we've got a few more delays at the border as we're bringing in fresh produce into the UK."

Mr Selley says "a good two weeks' notice" is needed to ensure all the right products are available.

His top ask ahead of Monday's announcement? Confidence.

"We want the hospitality sector to reopen and stay open. And we need some support around credit insurance for customers." 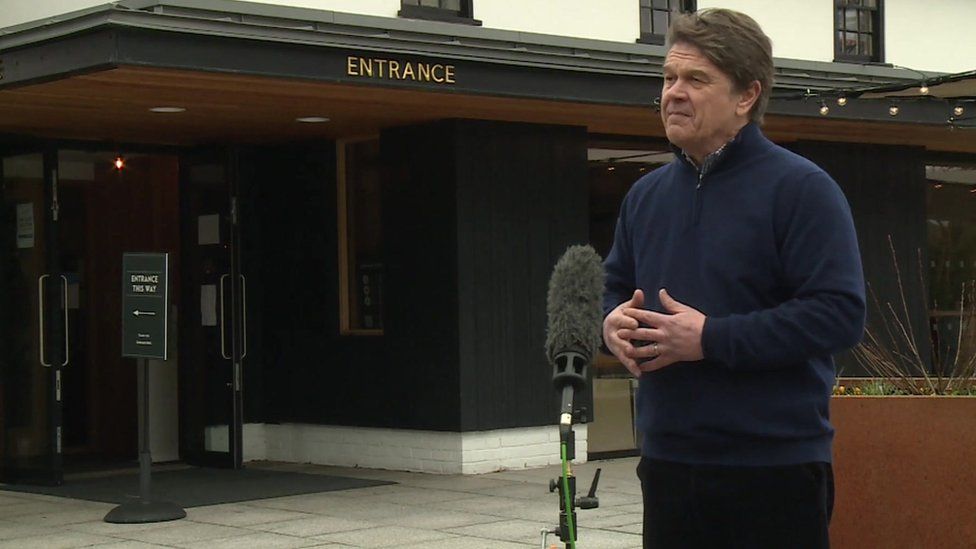 And at the top of the supply chain are the eateries desperate to welcome customers back in.

Peter Borg-Neal is the chief executive of Oakman Inns, a chain of 28 pubs, with a focus on food.

"It really has been very stressful", he said outside of The Royal Foresters in Ascot. "It's all the uncertainty, looking at the cash you're burning every week."

Takeaways are helping to fund wages, but they only provide a fraction of pre-Covid turnover.

"We're just figuring out how we can survive to a known date. If we knew that date it would be easier, we'd have more certainty, we'd know what we're dealing with. But we've had this stop-start thing."

Mr Borg-Neal says the firm spent about £750,000 investing in pubs' outdoor areas when the tiered system of lockdown restrictions was introduced. A few days after construction was finished, they had to close again.

Now he says he would need at least two weeks to get the pubs open correctly. "But our suppliers need longer. Beer for example takes three weeks to brew."

Then there's produce from farmers. Items like fresh tomatoes sourced from Spain or Italy will need more notice.

He says the firm could manage with less, but it would be sad to open in a "half-hearted fashion".

Click Here To See More
News Source: www.bbc.com
Hospitality suppliers: 'It’s not just a case of turning on a switch'

About The Author - Writer

This article has been aggregated from www.bbc.com and they maybe/are the copyright owners of the same. If you are the Author/Copyright owner of this article and want us to remove the same then send an email to admin@hotelsuppliers.news so that we can delete it immediately. We sincerely regret and apologies for any inconvenience caused to you due to the same. Though it is your decision but please take note that the link to your website and the article have been given above, within and on the bottom of the article.